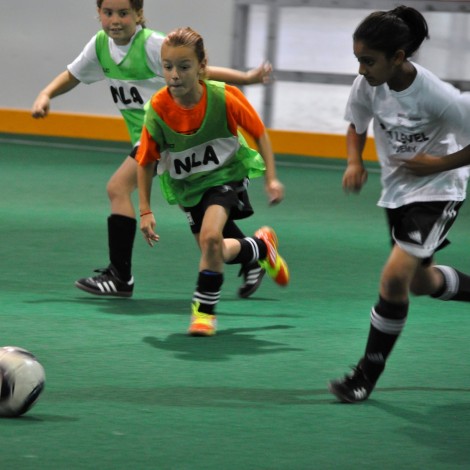 Our Academy program is for boys and girls ages U7 - U12 and provides a high level of soccer skills training. Players in our Academy program are committed to a year long program of weekly training and participation in various activities such as tournaments, team building and community service.

Our Academy program is offered at our Morrisville (3717 Davis Drive) location.

Players must tryout for this program and tryouts are typically held in late April/early May every year. Tryouts are held to ensure a consistent skill level within an age group and gender to maintain a high level during trainings.

Tryouts are held at our Morrisville location.

The Academies are divided by age group and gender and the structure of the training as well as a sample budget can be viewed by clicking above.